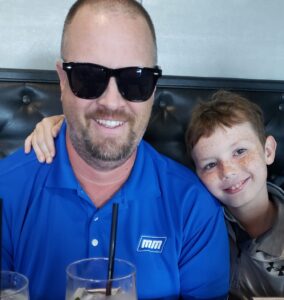 Corey Mitchell came to lacrosse in a non-traditional way by starting a youth/HS program in Sioux Falls in 2014 as a cross-training option for hockey players he worked with. Since founding the Sioux Falls program, Mitchell went on to establish 7 other youth lacrosse programs in SD and a competitive travel league consisting of teams from ND and SD. Mitchell’s passion for lacrosse is rooted in player development and improving the experience kids have while playing youth sports. As an advocate for Long Term Athlete Development, Mitchell has always taken a player-centric focus on developing athletes and believes that by adding an adult competitive team like the Stealth is an exciting continuation of the development spectrum.

The Sioux Falls Stealth Box Lacrosse team has been a goal since bringing youth lacrosse to Sioux Falls. “Offering competitive men’s box lacrosse as a viable sports entertainment option in Sioux Falls will fit well into the community and give players and their families a local team to root for and we couldn’t be more excited about that.”